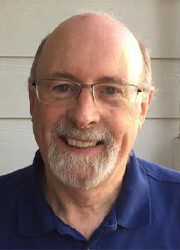 Ian Burrow has been an archaeological and cultural resource management professional since 1975, firstly in England and, since 1988, in the United States. From 1988 to 2015 he was Vice-President of Hunter Research, Inc, and managed numerous archaeological projects throughout the mid-Atlantic region during that time.  Among these was the 2008-2014 Petty’s Run Archaeological Site Project in Trenton, which resulted in the discovery and permanent display of the only excavated Colonial-era steel furnace in the United States, as well as additional important industrial features of 18th and 19th century Trenton. In 2015 he founded BurrowIntoHistory, LLC, a company whose mission is to improve the preservation, management and public enjoyment of historic cultural resources in the United States and beyond.  The company has since worked on historic advocacy and planning projects in New York State and New Jersey including Feltville Historic Village, Craftsman Farms National Historic Landmark, the Old School Baptist Meeting in Hopewell, New Jersey, and research on the history and archaeology of the Stoutsburg-Sourland African American Museum/Mount Zion AME church.